When our three-year-old son Ryder started the Strong Start program, we weren’t sure how he would do. He’s always been a smart boy, and makes friends easily, but recently he stopped listening and became what other mom’s called a ‘Threenager.’

My husband and I worried he wouldn’t listen, and that he would be too distracted with the toys to ever learn anything else. Boy were we wrong. From the first class, I saw an improvement in his attitude. He was very excited to be going to big boy “school.” He ran to us and hugged and kissed us when we met him in the hall.

We have had great feedback from the teachers about Ryder’s learning and listening skills.  We know each week what he is doing because he comes home and wants to practice with us.

He has been sounding out the syllables in words and taps with his fingers while he does it. He claps words and wants to read with us every night. He will read us two books, then we will read to him. He has been able to point out words like cat, hat, fish, and popcorn. He is so close to being able to read a full sentence.

We are very thankful that the Strong Start program is here to help him get ready for school. He tells us he needs to use his walking feet, to be safe, and the proper way to sit. He has even raised his hand here at home when he wants something.

I am no longer worried that he won’t be ready to go to school, even if he will be one of the younger kids. He has made friends and learned how to share. There are also a few other kids that will be going to the same school as him.

Thank you to the hard working staff and volunteers who make this program a success! 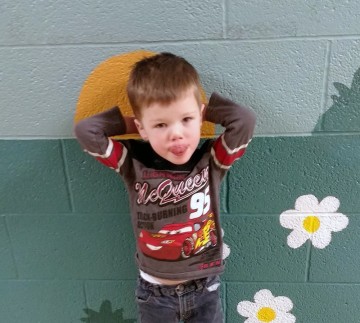