One day in August of 2000, Lyle S. Hallman made a phone call and said, “I’d like to talk to somebody about an idea I have. I’d like to do something to make sure very young children don’t lag behind in learning to read.” And that’s how Strong Start® Charitable Organization was started. Lyle had a way of making things happen. He was a businessman in Waterloo Region who started from humble beginnings and built a multi-million dollar enterprise through land development and building homes and apartments to accommodate the rapid population growth in the region.

Lyle, a very generous philanthropist, cared deeply about his community and was always focused on determining what would make it strong. Waterloo Region benefited greatly from his donations to many initiatives during his lifetime. When he identified something that he thought would make a lasting difference, he was excited about doing what he could to make it happen. Strong Start® Charitable Organization was established as a community project that would involve a lot of people who would feel the same way about their community.

His phone call came just as Lynda Silvester, an Elementary School Principal, was retiring. Lyle’s vision of a program that would be volunteer-driven, focused on the very young child and supported by the community, captured Lynda’s interest immediately. She searched for programs that might already exist, analyzed the needs of children, reflected on what reading skills could be addressed in a program implemented by volunteers, and studied the components of a good volunteer program. After consideration of all the factors, Lynda wrote a program full of games and activities so that Senior Kindergarten and Grade 1 students could have fun working with a volunteer to practise what they were being taught in the classroom. They could practise learning the names of the letters of the alphabet, a sound each letter makes, how to learn words by sight and how to learn words by using the sounds of the letters. A four-hour training program was developed so that anyone could volunteer, without necessarily having experience in a related field. Lynda set about designing and building the infrastructure that would be needed for successful implementation. Many others soon joined to help Lynda develop the program.

The program piloted in one school in the spring of 2001 and it was immediately evident that it was filling a gap and meeting an existing need. Requests for the program flooded in and the program grew rapidly over the first decade. Strong Start is poised to continue expansion of this program in the province of Ontario.  Schools continue to be added  when funding becomes available. Our consistent assessment results and extensive feedback from volunteers and teachers affirms the effectiveness of the program and inspires others to join our rally as program partners, volunteers, donors and literacy champions.

The pilot’s success led to the establishment of Strong Start’s – flagship program, Letters, Sounds and Words™, which is now used in several communities in southwestern Ontario in partnership with local school boards and schools. Strong Start has expanded its program offering and now supports early literacy development in children from six months to age 9.

The Get Ready for School™ program was created by Dr. Iuliana Baciu as she worked on both her Masters and PhD degrees at Wilfrid Laurier University. Her PhD thesis focused primarily on the results of her research related to the Get Ready for School program. Through the research done by Dr. Baciu, a former speech and language expert, she learned that the literacy skills of preschoolers could be significantly improved when they participated in activities that provided learning opportunities focusing on explicit instruction and sufficient scaffolding. Her research indicated that children who were English Language Learners or children from lower socio economic backgrounds tended to make the most significant gains.

Dr. Baciu initially piloted the program in community centres from 2004-2008. The children’s skills were tested before, during and after the program. Through the piloting process and the extensive research completed, the primary areas of focus for the program were refined into three pillars of emphasis: development of vocabulary, learning sounds that letters make, and blending the sounds into words and developing classroom learning behaviours.

Get Ready for School Program

In 2007, Dr. Baciu formed a partnership with the Strong Start. Through this partnership, refinements to the program were made as the program continued to be piloted in two sites under this newly formed partnership. Additional support materials and enhancements to the program were introduced. Since then, Strong Start has grown the Get Ready for School program to serve hundreds of children across Waterloo Region. The program is offered in targeted community sites serving neighbourhoods with a high proportion of children who are learning English as a Second Language and/or come from low to middle socio-economic backgrounds. The program has grown to serve 18 community sites, with plans for continued expansion.

In 2009, an initial study was conducted across Waterloo Region which identified a need for baby literacy support. At the time, there were no co-ordinated efforts to work on supporting baby’s language and brain development. Strong Start, KidsAbility Centre for Child Development, and the YMCA’s of Cambridge and Kitchener-Waterloo, formed a steering committee for what became the Baby Connections® program. This program helps families develop literacy and language skills with their babies, by providing coaching and quality literacy resources free-of-charge. The program is currently delivered by over 20 community partners, and continues to grow each year.

Making a Difference in the Life of a Child

Lyle had the foresight to know that investing in a child’s early literacy development would lead to a better life. Literacy skills are the strongest indicator of a child’s future success in life. In addition, the percentage of the population that reads at an acceptable level is a great predictor of the success of a community and a country in maintaining economic growth and an excellent quality of life. Therefore, the community as a whole needs to take responsibility for helping children learn to read.

Today, across many communities, corporations, service clubs, foundations and individuals join together to fund Strong Start. Many people come forward to volunteer to implement the programs. Strong Start is a tremendous example of a community effort to promote literacy. 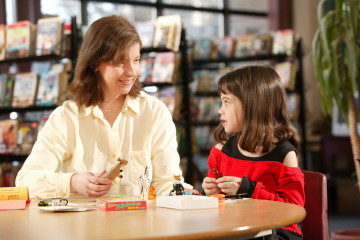